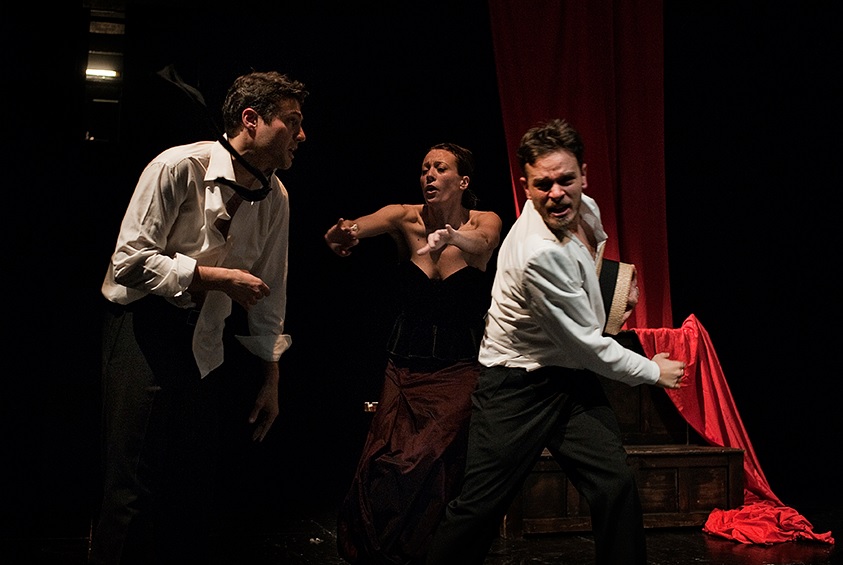 Shakespeare in English at the Banco di Napoli Historical Archives

The Hats Company, in collaboration with altradefinizione, performed SHAKESPEARE’s Hamlet on the splendid stage in the courtyard of the Banco di Napoli Historical Archives . Performed in English, with the comedic timing of Italian productions (lexical misunderstandings, physical comedy) the performance went from drama to comedy and back again, with breathtaking results.

Each performance was different, due to the skill of the actors, who often changed the script to fit the occasion and the audience.