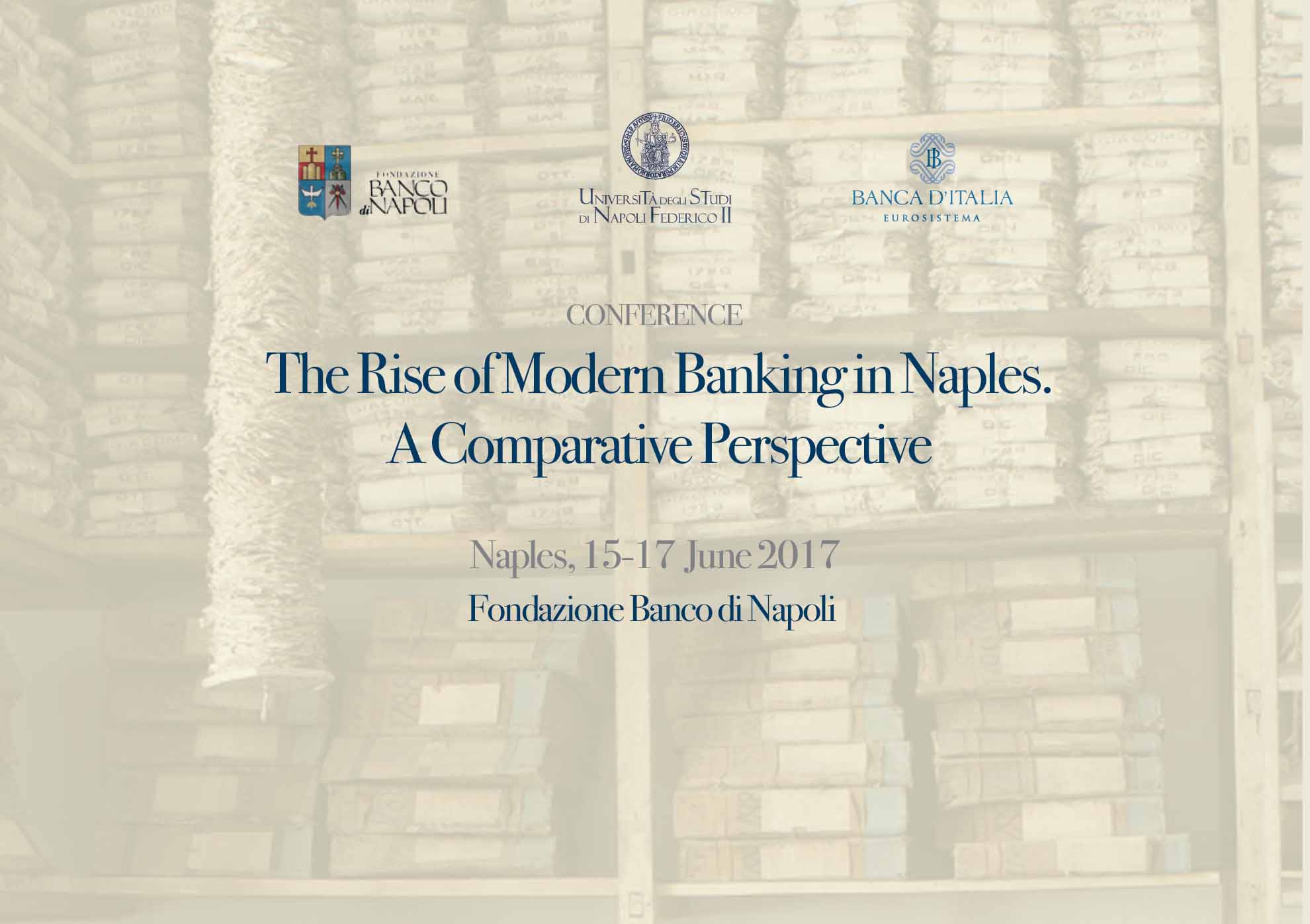 The Rise of Modern Banking in Naples

An important convention was held at the original site of the ancient Banco dei Poveri, which is now the location of the Banco di Napoli Foundation and its imposing Historical Archive: unique in the world, with 300 rooms containing millions of documents, it bears testimony to the daily life of the eight public banks in Naples and the secrets of their administration. The archive was not only the main focus of the programme, but it also provided the answers to some important questions regarding basic aspects of the economic system:  including its monetary and credit features.

Experts from Italy, the United States, France, England, Ireland, Portugal, and Austria, who participated in the initiative,  analyzing one of the most controversial themes of historical and economic analysis: the “Magic of credit”; the “mystery” of the nature of currency and banks. How did the modern bank emerge and what are its main characteristics? Is it a simple intermediary between lenders and borrowers? Or does it multiply the purchasing power available within the economy? Or, on the other hand, does it create buying power out of nothing through its active operations? And also: how are central banks created, and what are their functions? What is their role in financing government institutions? Studying the historical genesis of banks and modern central banks allows us to find new and enlightening answers to these questions, which are still relevant today.

It was in Naples – this is the claim, supported by the documents in the Historical Archives – that the first fiduciary circulation was created, thanks to the public banks. These banks, in addition to their orthodox, profit-oriented economic activities, maintained a philanthropic identity for centuries: a very different tradition from the purely mercantile origins which dominated the Anglo-Saxon tradition. The social economic context in which the modern bank was created (The Kingdom of Naples under Spanish rule) and the fusion of the philanthropy of the “monti” and the mercantile aspects of the “banchi” was the central focus of the convention. The benevolent involvement and power of the viceroys, who legitimized the banks, became the basis for the impetuous development of fiduciary circulation, which from the end of the 1500s connected the use of paper money to the issue of the most modern forms of credit.

There were four sessions and two roundtable discussions (the latter dedicated to archives and the intellectual environment) which provided comparative analyses of the origins of banks in Naples and Europe, and explored themes of financial innovation as an answer to crises and wars. The final topic in the last session centered on reflections on the “past and present”, which was appropriately, conducted and concluded by the Governor of the Banca d’Italia.