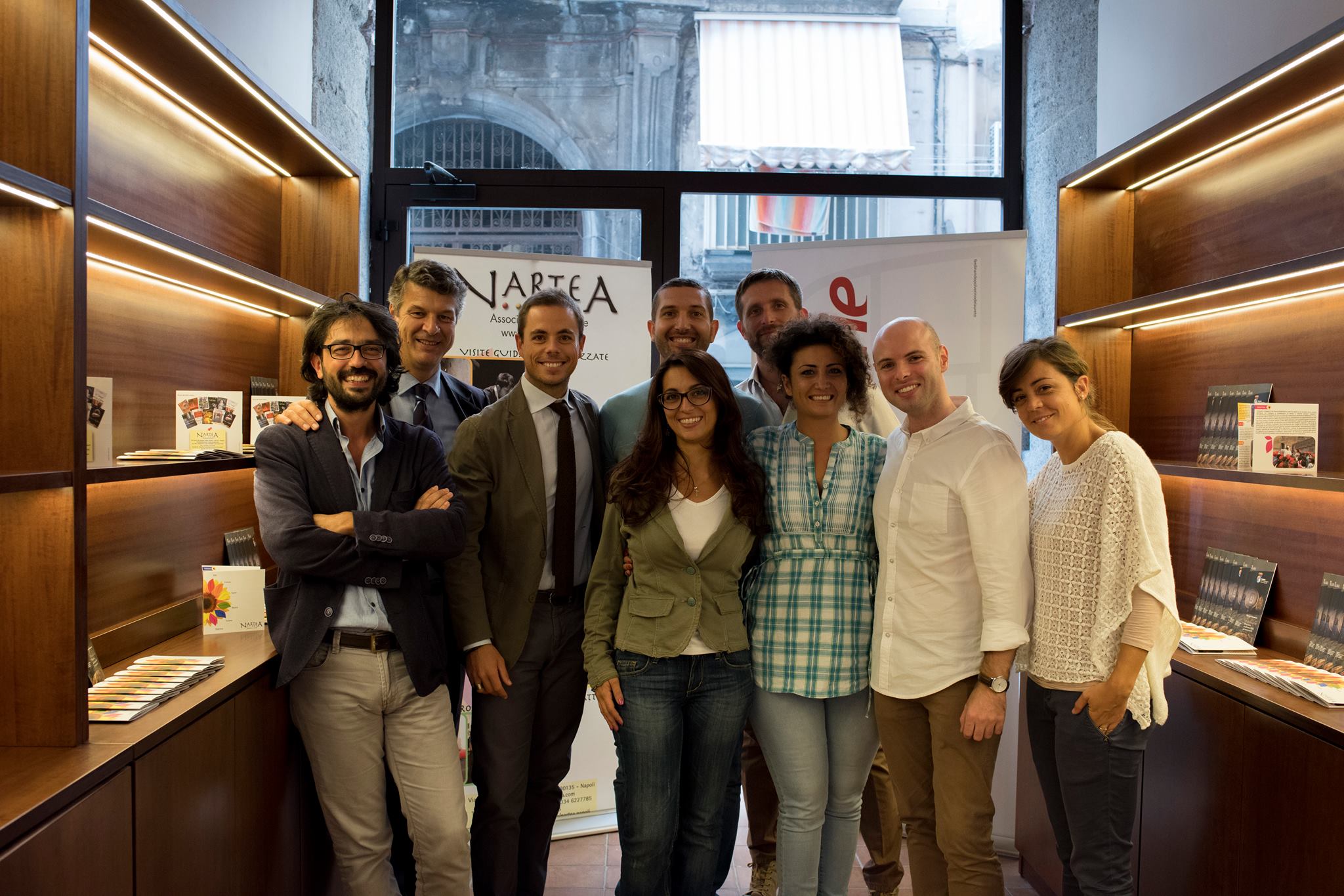 The Banco di Napoli Foundation and the NarteA Cultural Association have created and important partnership aimed at the promotion of the multimedia museum “ilCartastorie” and other cultural activities held at the Foundation in Palazzo Ricca. This synergy arises out of the common interest in enhancing the awareness of and appreciation for the Historical Archives of the Banco di Napoli and the Vicaria neighborhood where the multimedia museum is located. The agreement includes collaboration in publicizing the museum and assisting the public at the new entrance to the museum where NarteA will have an office, at via Tribunali n° 214. NarteA will then be able to promote their own tourism-cultural activities which are aimed at the protection and promotion of the city and the region for more than ten years. The partnership will boost the movement of tourists in the area of the main decumanus (East-West street) withing the walls of the ancient city near the gate called porta Capuana.
“The Banco di Napoli Foundation has always been careful about what happens in the local area. “The constitution of a new museum in the city marks the continuation of its wide-ranging cultural projects,” says Sergio Riolo, director of “ilCartastorie”museum, “and with NarteA as our partner comes the formation of one of the most dynamic, young, but at the same time authoritative venues in the field of cultural and tourist services. “ilCartastorie” is an unconventional place, so it is fundamental to have a partner able to understand and make the most of its potential; that is why we provided NarteA with its own office in Via dei Tribunali, as a public service for tourists, which represents a new direction for the Banco di Napoli Foundation.”
“Being chosen as a partner by the Banco di Napoli Foundation for the promotion and assistance for the multimedia museum “ilCartastorie” is source of pride for us, and the demonstration that our work in southern Italy” says Erika Quercia, president of “NarteA”. “We are sure that we will be able to reach the goals laid out in the agreement, and are prepared to concentrate our energy on cultural and tourist innovation. With the widespread presence of NarteA, which is synonymous with professionality and competence, the “il Cartastorie” Museum and the Historical Archives of the Banco di Napoli will definitely become better known.”