il Cartastorie / The Prince of Sansevero in the Kaleidos Multimedia Exhibit

THE PRINCE OF SANSEVERO IN THE KALEIDOS MULTIMEDIA EXHIBIT

The story of Raimondo di Sangro, Prince of Sansevero is one of the main features of Kaleidos, created by Stefano Gargiulo – Kaos Produzioni, the permanent multimedia exhibition at the Museum of the Banco di Napoli, .

In 1744, as Naples slowly began to grow into to its role as a capital city, the Prince of Sansevero emerged as one of the most surprising minds of the 17th century  . While the partenopean city became the center of cultural and artistic attention for all of Europe, its aristocracy was still linked to its ancient feudal traditions. Only Raimondo di Sangro, with his astonishing works and inventions, stood out as tesmony to the enlightenment. 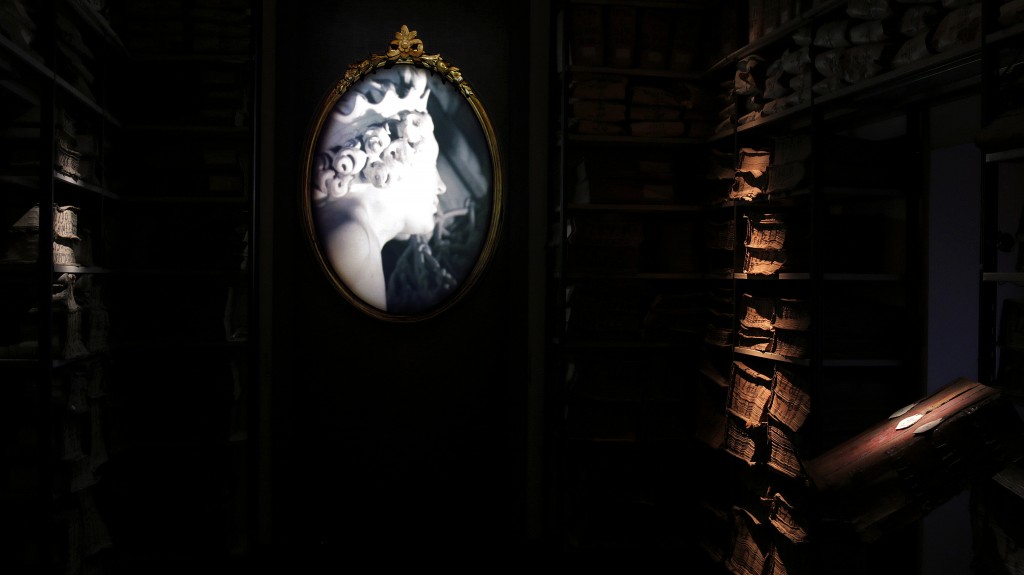