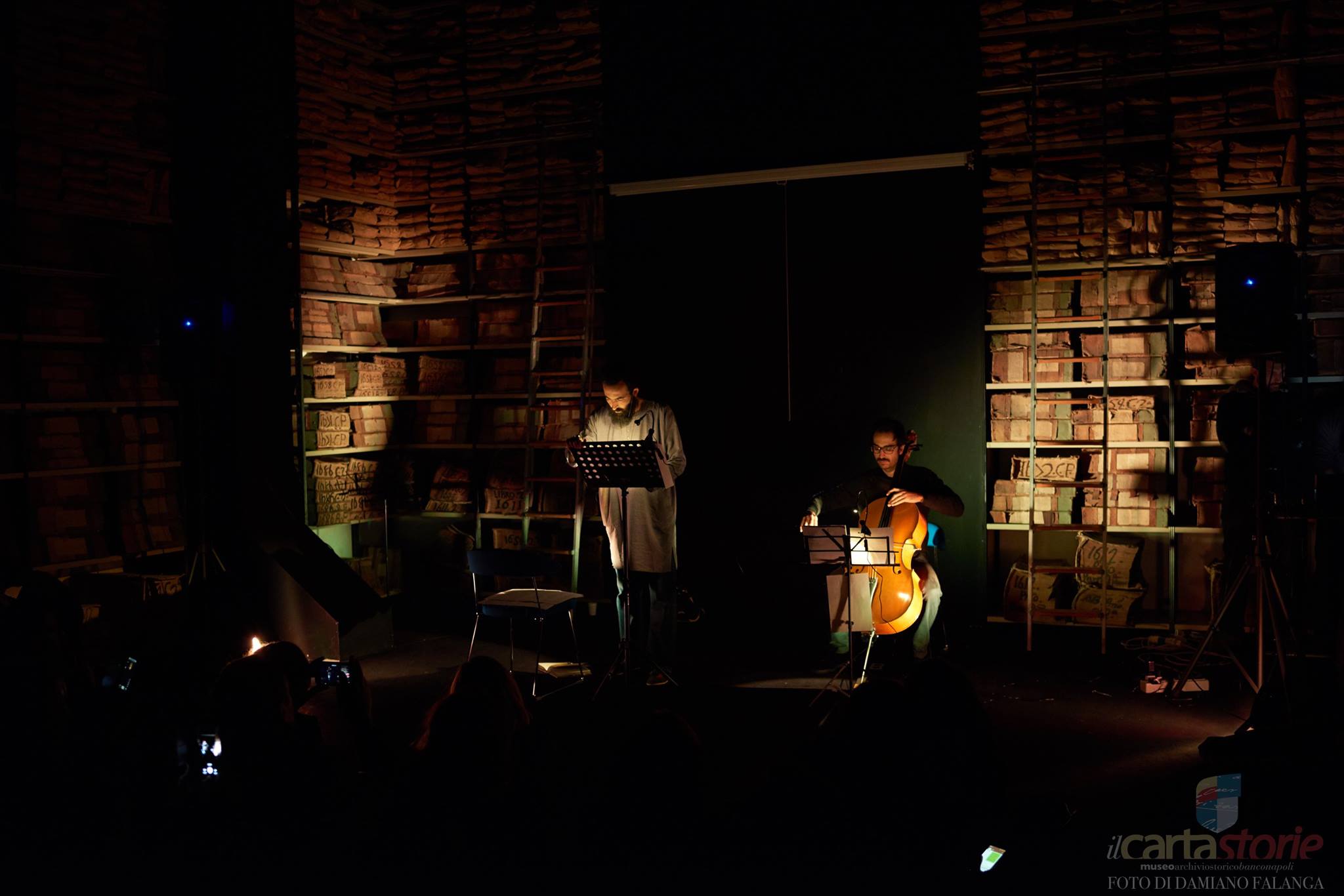 On January 26, 2017 in the large reception room at the Banco di Napoli Historical Archive, Gianni Valentino performed “E per loro – Suite per schiavottelli e violoncello”, dedicated to his friend, Costabile Di Sessa, who died recently. Thanks to the NarteA Cultural Association, the event was staged at the Museum ilCartastorie.

The live performance combined poetry and music, along with wine tasting ,as well as a guided tour of the permanent multimedia exhibit Kaleidos where visitors could listen twosome of the stories which have emerged from the largest historical Bank Archives in the world.

The verses and notes accompanied stories about victims of slavery, and the exchanges between Naples and Turkey in the 16oos. Fourteen original poems based on the stories in the archives brought the stories alive, recounting the existence of Christians and Muslims who were imprisoned and forced to renounce their faith in favor of the power of money and the slaveholders. Painful or funny tales about identity and the spirit of a Purgatory extending beyond the borders of Naples to Constantinople, Algiers and Positano.
Valentino – with Davide Maria Viola on violoncello – strived to trace memories and difficulties of Neapolitan, foreigners, and immigrants. Lost bodies. Children, mothers, men whose passports were torn to shreds. The script as experience: poetic and rhythmical, political and anthropological, through a recital of sound. Yiddish pizzicatos, double chords, scratches, allegrettos, psychedelic funk, intermittent notes, and funeral marches made up the score of the canto by Gianni Valentino, evoking the stories suspended between the Mediterranean and the Bosphorus of Istanbul.